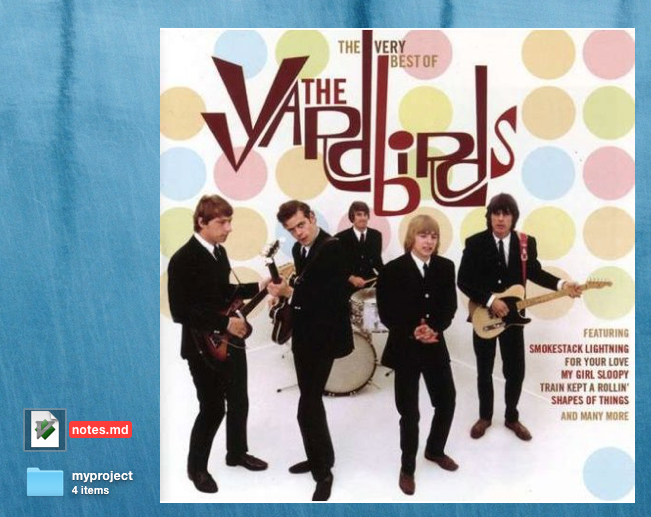 In researching and collecting links for this post, I found a recent solution that does half of what my script does, but in a cleaner way. If all you want to do is display the album art on your desktop, then go with the CoverArt widget by Andreas Schaefer. The AppleScript is cleaner, and you don’t need GeekTool.

If you want to also be saving the album art for your five-star tracks, or just curious to know what this is about, read on.

I wrote artwork.widget. It’s an Übersicht widget that, with the help of GeekTool, puts the album art of the current playing track in iTunes in the bottom right corner of the screen.

Along with the itunes-now Übersicht widget, this gives me all the information I want to know about what’s playing now.

GeekTool only displays the album art, it doesn’t extract it from the currently playing track. The Übersicht widget does the extraction, and a bit of album art archiving.

The script is set to run every 3 seconds (this can be easily changed in the first line of the index.coffee file). It saves the current track’s album art to currentPlayingCover.png in the artwork.widget folder. GeekTool checks that file every 3 seconds, and updates the display as needed.

Then I thought “wouldn’t it be neat if, as time went on, I kept an archive of all the album art of the tracks I’ve listened to? Especially the 5-star rated ones?”

The iTunes library directory does not give you access to the album art files. Not in any usable way. 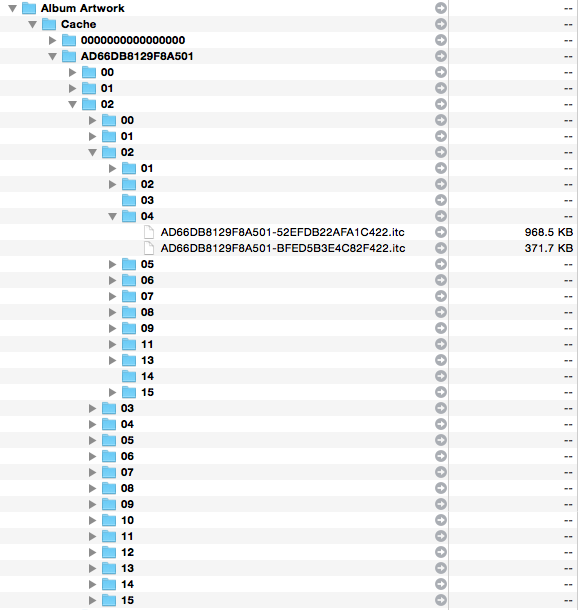 What I want is a flat directory that has all the album art I want, with clean titles: [artist] - [album] ([year]).png. But I don’t want this to be done for all the tracks I listen to, just for 5-star rated tracks.

This is the final version of the script. You can get the complete widget here.

The script checks to see if iTunes is running. This step is important because if osascript attempts to run the script without that first check, it will launch iTunes if iTunes is not running. Since this script is always running in the background, that would mean that you can never quit iTunes. Every time I would quit it, it would launch again in a few seconds when art.applescript would check to see if iTunes is playing a track.

If iTunes is running, the script checks to see if a track is currently playing. If not, it does nothing.

If a track is currently playing, it grabs the first artwork in the track data and saves it to currentPlayingCover.png. That’s the file GeekTool is watching for.

Then the script checks to see if the current track has a 5-star rating.1 If it does, it grabs the album art and saves it to albumArt in my Dropbox folder. The filename is obtained from the track metadata: [artist] - [album] ([year]).png, and is only saved if that file does not already exist in albumArt. 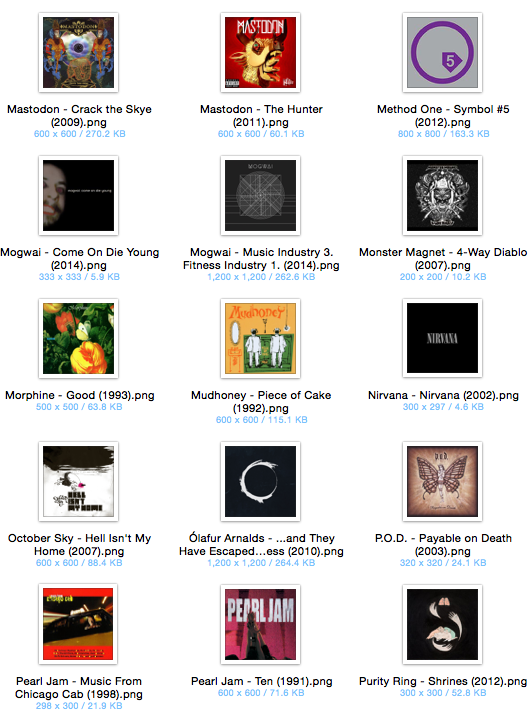 Here’s a catch. The colon character : is illegal for a filename on HFS+.2 Despite what Finder and terminal will make you think, the colon : is the real directory separator in the file system, not the /. You can see this in action in the script. All paths are created by stringing directory names together with :, not /.

So what happens when I’m listening to Puscifer and art.applescript wants to save the album art for “V” Is for Viagra: The Remixes? It won’t work. It will throw an error saying that it cannot find the path: .../Puscifer - "V" is for Viagra/ The Remixes.png.

I’ve updated the script to replace : with ;. It’s the closest visual match.

The script is messy. AppleScript doesn’t have a built-in method for string replacement, so I had to look around for solutions online, and ended up using this code with a bit of modification. Ideally I would define a sub-routine at the start of the script and then use it, but I couldn’t get that to work. My guess is that because this is a script within a script (see the if safRunning then run script... part, and me having to escape a lot of " with \"), AppleScript kept getting tripped up on scope problems. I’m just glad I got it to work.

The script will replace : with ; in the album title. What about artist name? I don’t think I’ve come across that, and frankly your band’s album art has no place in my collection if you have a colon in your name. Don’t be a jerk.