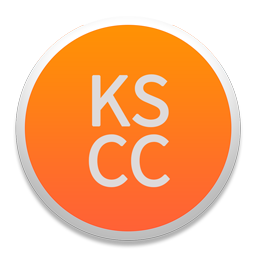 A few days ago I pushed KSComCheck to GitHub.

KSComCheck is a utility that will notify you of the latest comments posted on Kickstarter projects that you want to follow.

It started as a script that I wrote for my own personal use. At first the script was hardcoded to check only one project’s comments, but then I decided that it could be extended nicely to handle several projects pulled from a configuration file that the user can update whenever they like without having to change any of the code. Additionally, thanks to terminal-notifier, the script can deliver proper OS X notifications.

I am a backer of at least one project that gets a lot of comments, some of which contain important details about the project.

Kickstarter’s implementation of the comments section on project pages is lacking, to say the least.

Project comments are a major part of any project. The premise of Kickstarter is that a project creator puts out an idea and a bunch of people like the idea and give the creator their money so that the project happens. You are almost always getting some kind of reward for the money you pledged, but as people like to try and clarify to newcomers, Kickstarter is not a store, the product is not finalized, and plans could change drastically.

This dynamic nature of Kickstarter projects is why the comments sections of many of them are very active. People are asking and answering questions, clarifying specs and details, and project creators will frequently respond to comments with decisions and information that never get posted as an update to the project page.

This is important information, and yet the comments section is just as it ever was since I knew of Kickstarter: a list of people typing into a text box. No threading, no ability to reply to someone specific, and no ability to ask Kickstarter to notify you of new comments.

Kickstater also has no public API, so I can’t write a nicer script that would get comments for projects without having to scrape the whole webpage. But I don’t want to keep reloading a browser tab to get the latest comments like an animal. So write a script to scrape the webpage I did.

Check out the project on GitHub for instructions on how to set it up.

As I mention in the personal note in the README, I would appreciate any criticism or suggestions on how to improve the code. I am taking this as an opportunity to learn and practice several python and programming abilities that I haven’t tried put into practice in working code before.