For love or money, I write R code almost every day.

Back when most of the R code I wrote was for personal projects or academic research, I worked in RStudio. That’s when I wrote R for love.1

Once I started writing more R code for money, I wanted to find alternatives to RStudio, and unfortunately, there aren’t any. RStudio is without competition in the GUI side of the market.

I don’t remember how I found Nvim-R, but I did and now I can’t imagine working without it. It has become my favorite and default way to write R, no matter the size or the complexity of the script. I use Nvim-R with neovim, but it works with vim too. 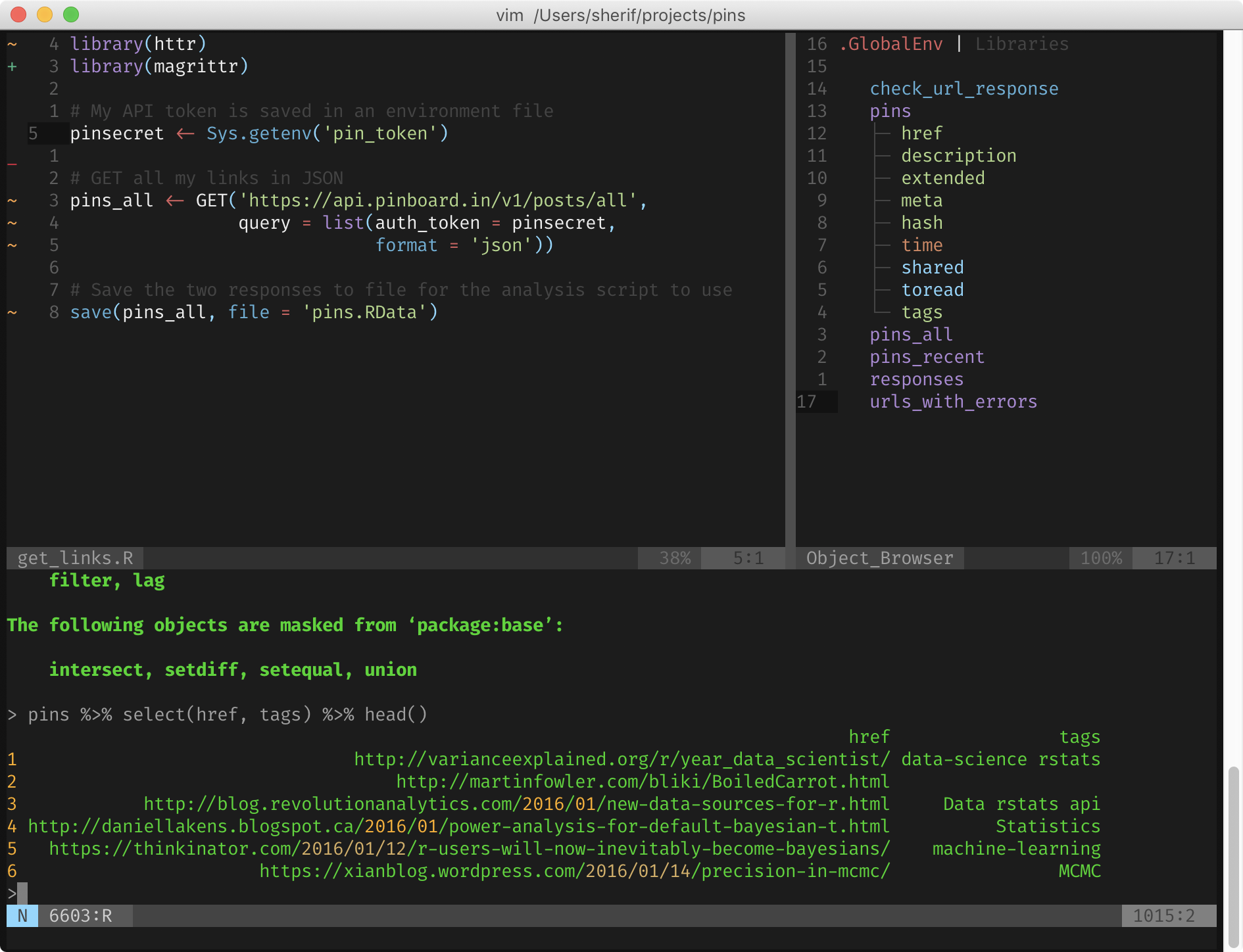 Install it with your package manager of choice; I use Vundle:

Once you have a .R file in the buffer, you can invoke Nvim-R with the default shortcut <LocalLeader>rf. Nvim-R will open a vim shell window that runs the R console. The configuration I ended up with – see screenshot above and vim configuration code below – puts the source editor in the top left, the object browser in the top right, and the console in the bottom. You can set it up so that hitting space bar in normal mode sends lines from the source editor to be executed in the console. Want to send many lines? This function also works with highlighted lines in visual mode.

Speaking of the object browser: Nvim-R’s object browser is similar to RStudio’s. It shows you the R objects in the environment and updates itself as objects are created and removed. Except I like Nvim-R’s object browser better. It assigns different colors to objects of different types, and it will, by default, expand the dataframes to list their columns underneath them (you can turn that off so that you expand the dataframes you want by hitting Enter on their entry).

I rarely read vim plugin documentation because the features and options I need are often general enough to be described in the READMEs, but if you’re considering using Nvim-R, I highly recommend reading its help/docs. They’re well-written and they’ll help you customize your development environment to your exact specifications: :help Nvim-R.

These are my settings, and they only give a taste of how customizable Nvim-R is: