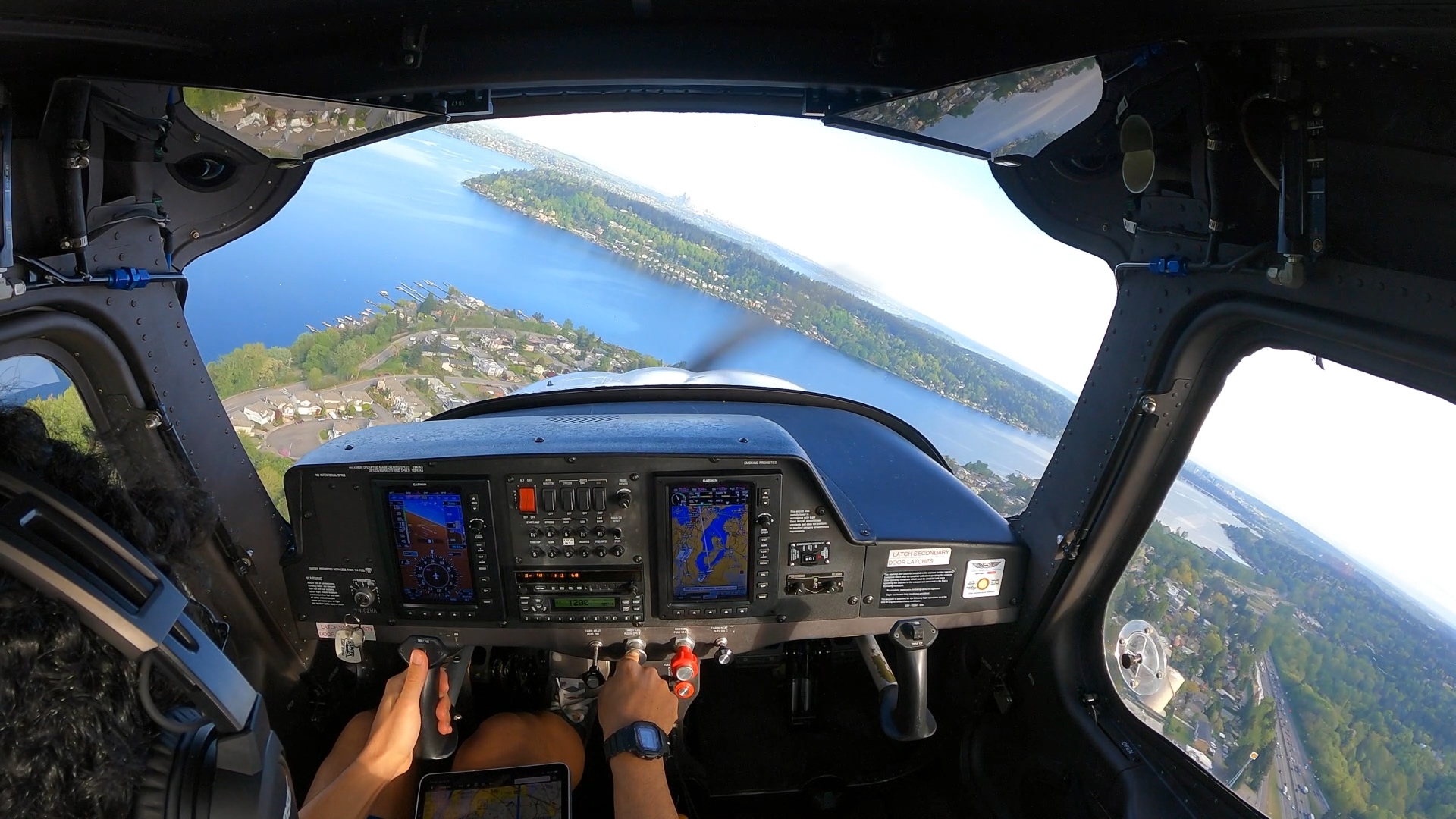 So how do you learn to fly a plane in the United States? There are many ways, and many aviation websites will tell you all about them. I’m writing this here for those who won’t go looking it up otherwise.2

Unless there’s an aviator in your family who introduced you to flying in your childhood, it starts with a discovery flight: a 2-ish hour flight offered by flight schools that previews what it’s like to fly a general aviation aircraft—think Cessnas, Pipers, Cirruses (Cirri?). You meet with a flight instructor who shows you how to pre-flight a plane, pre and post engine start checklists, radio communications in towered or non-towered airports, taxiing, more checklists, takeoff, cruise, and hopefully at least one landing.

Impress your instructor by calling it a “disco flight” when you show up in the morning. Using jargon before you’ve earned it will set you off on the right foot and win you friends at the FBO.

On a discovery flight you fly left seat (which is the normal pilot in command seat), the instructor will hand you the controls to do some flying during cruise, and might even let you take off yourself if the vibe is right. Some people get into it right away, others are so overwhelmed by the earth pulling away from them in what is essentially a tuna can with a propeller that it takes them a while to get comfortable. You can guess which one I was.

Say you loved your disco flight—you caught the flying bug as they call it—and you want to take it all the way to your license, what next? You find an instructor, have an orientation, and schedule your first lesson.3 Congratulations, you’re about to spend a lot of money very fast.

Wait until you have at least 10,000 flying hours before putting “My other BMW is a Cirrus” bumper stickers on your car and “Remove before flight” tags on every keychain and backpack you own.

Training is split into stages which might vary from school to school but generally look like this:

Stage one is about learning basic flight maneuvers: takeoffs, climbs, level flight, turns, descents, and landings. It’s also about learning beyond-basic maneuvers that teach you about the plane’s performance envelope: steep turns, slow flight, stalls, ground reference maneuvers, and emergency procedures. You will be asked to demonstrate these on the practical test.

This stage is complete when your instructor endorses you to do your first solo flight. Your first solo is a massive milestone, equal if not exceeding in significance to your practical test. 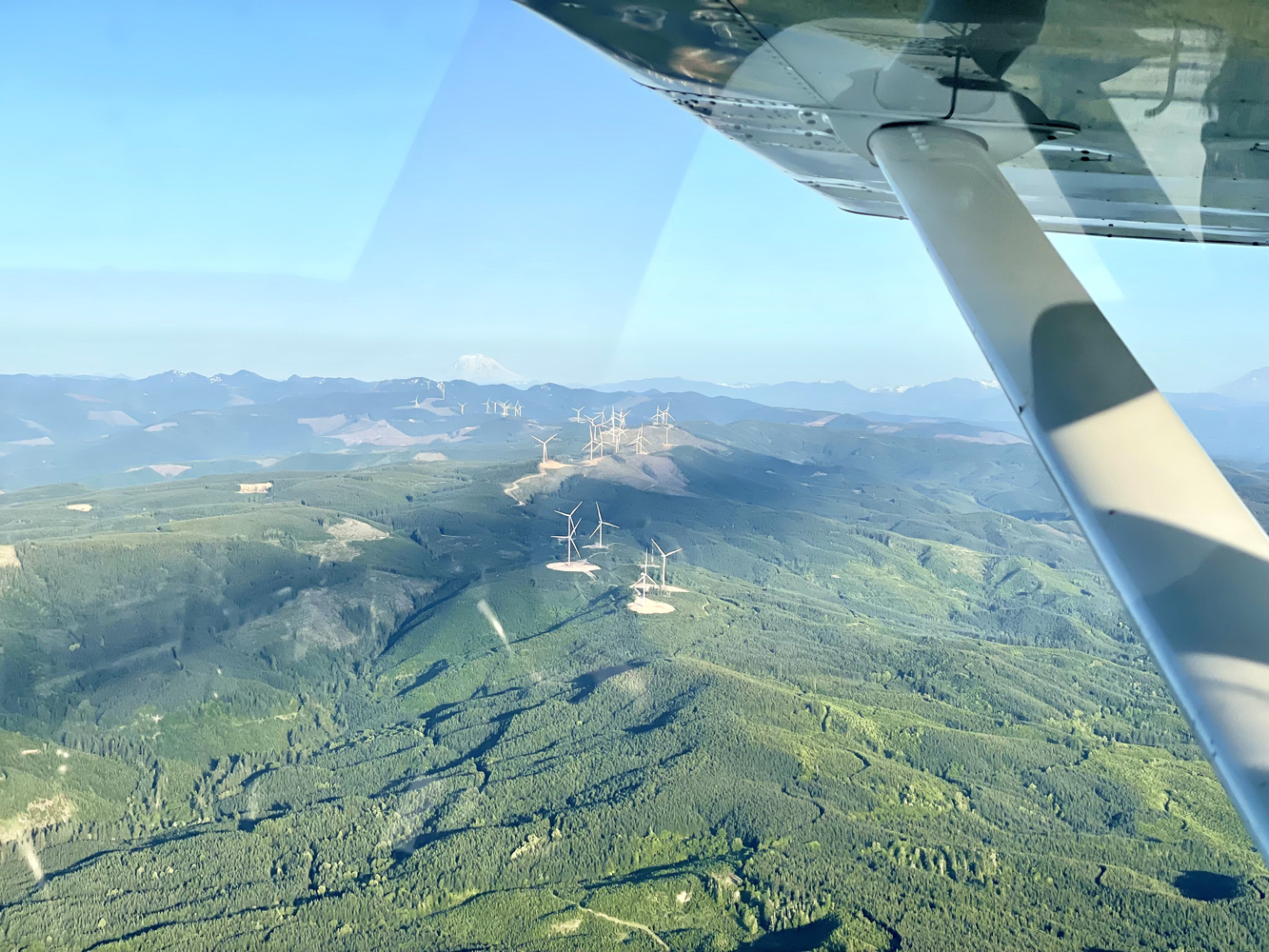 In this stage you build on basic flying skills to learn the fundamentals of navigation. For the purposes of a private pilot license, a cross country (XC) flight is one in which the “point of landing… [is] at least a straight-line distance of more than 50 nautical miles from the original point of departure”.5

During this stage, you practice planning XC flights by examining sectional charts, knowing what airspace you have to avoid or fly through, choosing altitudes to avoid terrain, and using weather and winds aloft forecasts to calculate your magnetic heading from true course, wind correction angle, magnetic variation, and magnetic deviation (if applicable).

This stage is fun because you’re actually going somewhere instead of doing circles in the practice area. But it’s frustrating because your instructor will probably have you do everything on paper to make sure you actually know what you’re doing. Planning a XC flight on paper is an excruciating and error-prone task. An instructor once asked me “How many times do you think I made a cross country flight plan on paper after I got my license?” and then made a big zero with their index and thumb.

This stage is complete when you perform a XC flight of 150 nautical miles, with full stop landings at three points, and when at least one segment of the flight is more than 50 nautical miles along a straight line between the takeoff and landing sites.

Use pencil when filling out your nav log, and ask the stationary nerd in your life what an eraser is and where you can buy a good one. You’re gonna use it.

It is during this time that you might cancel some XC flights due to weather. This can happen a lot and start to get old. Resist the urge to lie, fudge, or otherwise do anything to slip some questionable weather conditions by your instructor because of your impatience. Why not? Refer to the earlier note about the FAA being up in everybody’s shit. Also if you do this, you might die.

This is a catch-all stage. The goal is to complete any remaining requirements and bring up your maneuvers to the tolerances of the Airman Certification Standards (ACS).6 The ACS is very specific about the deviations allowed during maneuvers. For example:

PA.VII.B.S2: Select an entry altitude that will allow the Task to be completed no lower than 1,500 feet AGL (ASEL, ASES) or 3,000 feet AGL (AMEL, AMES).
PA.VII.B.S3: Configure the airplane in the approach or landing configuration, as specified by the evaluator, and maintain coordinated flight throughout the maneuver.
[…]
PA.VII.B.S6: Maintain a specified heading ±10° if in straight flight; maintain a specified angle of bank not to exceed 20°, ±10° if in turning flight, while inducing the stall.

Some examiners will look the other way if you deviate by 12° during your power on stalls. They might not notice, or they might get you to try the maneuver again. Most examiners aren’t trying to fail you; they want to give you your ticket. They just have to make sure you’re going to be safe, which is why some mistakes are automatic checkride busts and they’re usually mistakes relating to safety and situational awareness. 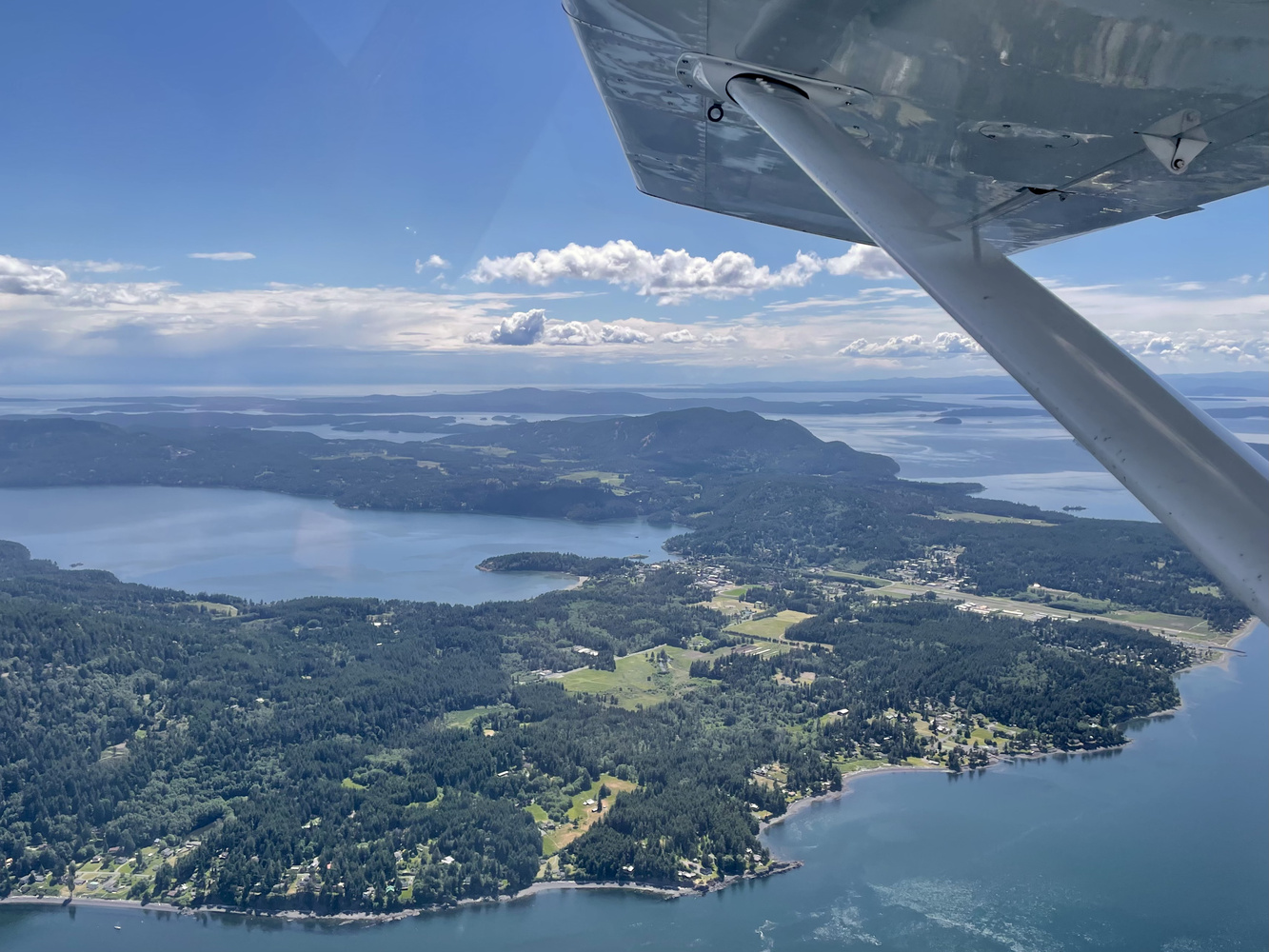 I’m a pilot now and I am really happy about it.

Be proud of your achievements.