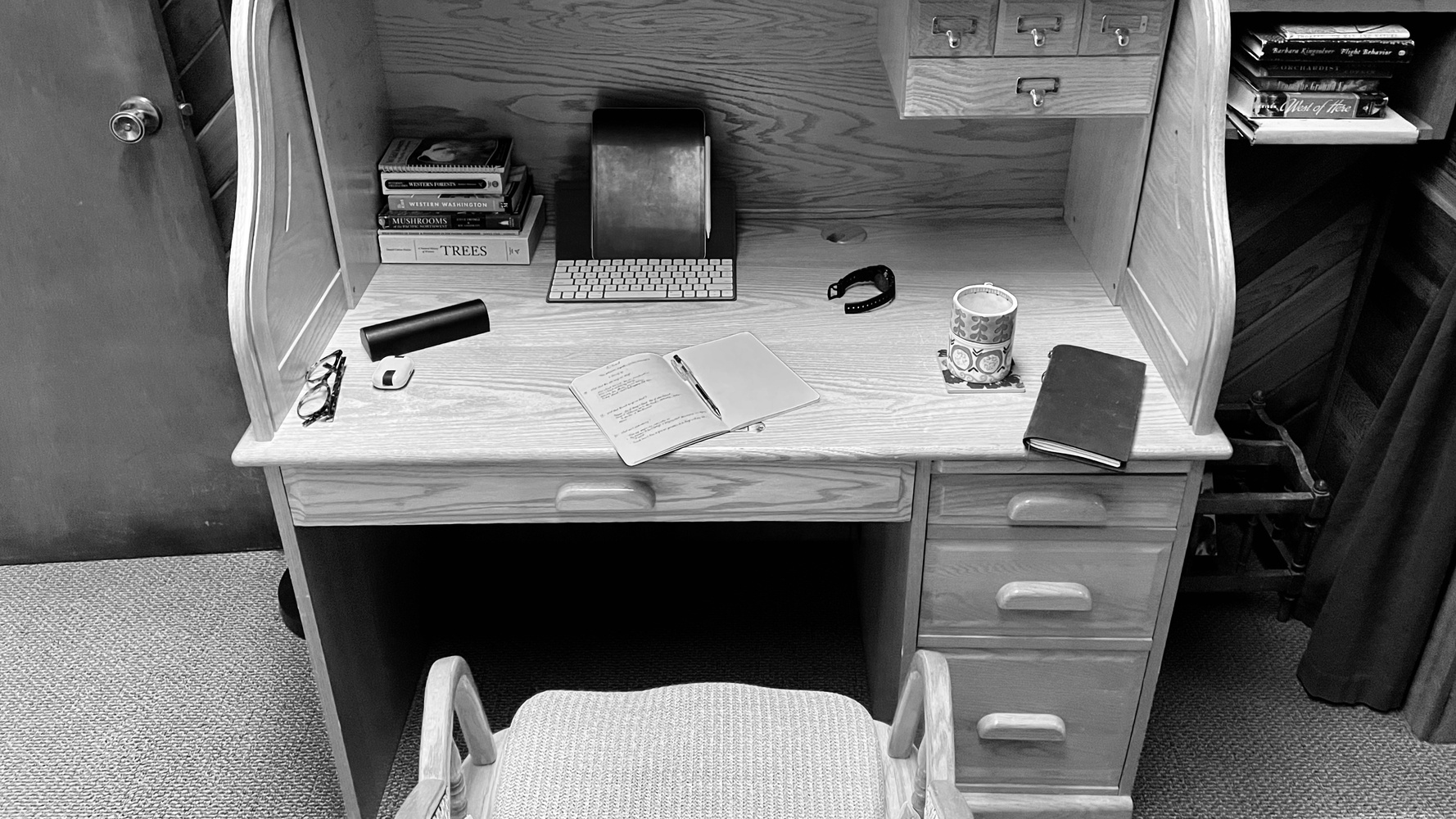 In May of 2022 I went on a three day personal retreat to a small cabin in Whidbey, WA. I had travelled just to be alone before, but this was the first time I went with a plan for what to do. It went better than I expected and I wanted to write some personal notes about it here.

I don’t know what first comes to your mind when I say “personal retreat”. It’s not the spiritual meditative kind (although it can feel a little bit like that at times), and it isn’t the kind where you go to a remote location in the California desert and join others for a week of silence and contemplation.

Try not to over-hype it. You’re just taking some time to think about where you are, where you want to be, and the actionable changes you can make to get there.

David Sparks published a guide for how he does his personal retreats, and it seemed pretty good to me so that’s what I did too.1

You can watch/read the guide for yourself, but to give you some context I’ll say that the work revolves around Roles. You can imagine that everything we do, we do while inhabiting a particular role. You’re a friend, a writer, a painter, a cyclist, a lover, a spouse. I know it’s not that straightforward and roles are not that separable, but this works well enough to be useful.

Now that you know the first principle of Roles, the rest of the steps are:

There’s not that much more to it, but you should watch David’s video for more details. What I want to do with the rest of the post is document some practical meta notes as they apply to me.

The vibe of the space matters

I wish I could say that any place would work as long as you were alone. Maybe that’s true for some people, in which case that’s great because it gives you more flexibility. For others, including me, aesthetics influence mood and ability to focus and introspect. A lot. Know whether that’s true for you as well, and account for it.

I was was lucky to find the place I went to. It was small, cheap (as cheap as a cabin on Whidbey island could be), cozy, and not modern in any way. No linoleum, no chrome, carpets everywhere, wood everywhere, old comfortable furniture everywhere. It wasn’t fake mid-century modern, it was actually old. It was perfect.

Pen and paper vs. typing.

I’m parroting David here, but having periods of focused, uninterrupted writing is critical. David manages to protect his attention while still using a computing device to write (I think he uses an iPad), and I can imagine how this might work: turn off the radios, turn on Do Not Disturb, use Focus Modes to suppress things even further, etc.

My digital hygiene is much worse than David’s. I think just looking at a screen and touching a keyboard would crack my attention even if no information is popping up, so I opted for the pen and empty notebook approach.

There are downsides to pen and paper. Writing by hand is a lot slower than typing.2 Also if your handwriting is terrible, you might not be able to read it later, or it might just put you off during your review.

A year ago I would’ve added “you can’t search” to the list of cons to pen and paper, but iOS now has Live Text and it’s amazing, even with handwriting. I wouldn’t say that it’s a solved problem, text flow and formatting might still be garbage, but at least it’s searchable.

This is also where the specifics of the place helped me a lot. There was a corner with an old writing desk and creaky wood chair that helped me keep my work environment sparse and tidy.

Boy does it matter. I wish it didn’t, because I usually like to listen to music while I do things, but it does.

It’s very à la mode to say this these days, but it’s amazing how clearer your mind can be if you spend an hour or two writing or thinking in uninterrupted silence.

Not a lot stuck after the first try

So, in the final analysis, I intended to make ꭓ amount of change, and I’ve actually accomplished about ⅛ ꭓ. But hey, that’s good! I learned some lessons and I’ll do a better job next time.

Have a next time. This is good to do once, but the real gains come from doing it often.