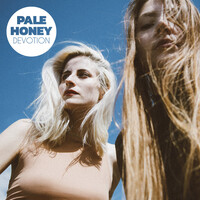 The only appropriate way to read the following review is to have this performance of “The Heaviest of Storms (devotion, pt. 1)” at Tapetown studios playing in the background.

Why do people write music reviews? I, human, listened to something for a while, and it made me feel something. It put a dimple in my tin heart, and I want to give you, other human not sharing a sensory experience with me, that dimple. I want to describe it to you, to materialize it in your mind’s eye. It’s futile, really, and the harder I try to make it happen the less relatable my whole effort will seem to you.

Reviewers end up in contortions, binding themselves in wet language trying to make you understand what it’s like for the music in its specific quality to impact your eardrums. Well, there’s just no way to do that.

That won’t stop any of us from trying though. So:

The whole album is really good. It’s clear, unassuming. No one is forcing anything. It’s like everyone sat back and just agreed to let their emotions become music for a while. It’s most obvious in the beginning riffs of my two favorite tracks: “The Heaviest of Storms (Devotion, Pt.1)” and “777(Devotion, Pt.2)”.

The singing and instruments reach out to hold your hand, and say “hey, it’s okay. we’re all dealing with some things, and wouldn’t it be nice if we were just ourselves for a while and talked without pretension? without rush?”

And that’s one way to describe the album. I couldn’t make it any clearer than that. You should listen to it.

Get Devotion on Bandcamp.