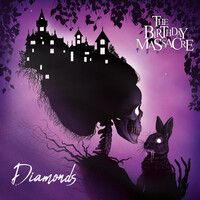 The Birthday Massacre will always be a special band to me.

In September 2007, I was in my first year of university and my first month after moving halfway across the planet. I had just moved from the Middle East to Canada two weeks before frosh week, I was enrolled in a tough program that I hated, I was alone, lonely, struggling in a relationship that was slowly dying, and generally Not Good®.

I started volunteering as an assistant science editor in the campus newspaper. The paper was big enough that record labels (remember labels) would send review copies of music CDs (remember CDs) to the paper’s office to be reviewed. The paper’s policy was “if you review it, you keep it”.

That’s right. A record label sent a CD in the mail to the newspaper office so that we would listen to the CD and write a review that would get printed on paper that was then distributed across the city. We had pretty big circulation too.

The Birthday Massacre released Walking with Strangers on September 10, 2007, and one day the CD showed up at the office. 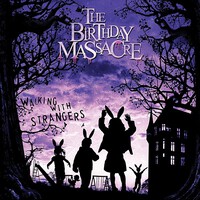 I took it home and listened to it then reviewed it, and kept listening to it on repeat for what felt like the entire academic year. That album was playing in my ears on crowded buses and early frigid Ontario mornings and late nights after eight hours of lectures. I still can’t listen to “Kill the Lights” without getting a flashback memory of how the Physics building smelled.

Many years later and releases in between, Diamonds feels like a sequel to Walking With Strangers. It’s magical, noisy, loud, glittery. The writing is beautiful the way only honest and unpretentious writing could be.

“The Sky Will Turn”

[pre chorus]
And as trapped as we are, it’s the devil we know
The exceptions we make will never be shown
To the rest of the world, what we touch turns to gold
For a moment, we freeze
[chorus]
If ever there’s a fall moon breaking
It’s painting our faces
We won’t know (won’t know)
Which way (which way)
The sky will turn
We’re at the blood eclipse
And we can’t look away
It’s like a car crash burning
At the edge of the earth

Each song is distinctive and memorable, but they are all part of a whole. As soon as one ends and the other begins, I recognize it immediately. That sounds like a small thing but it really isn’t.

Finally, Sara Taylor sings a perfect ending to the album.

…
We never thought that we could watch the place that we came from
Fade to the wrong side of the parallel world
And they burned every shred of innocence
Leaving a skeleton boy, a skeleton girl

This album note comes with a personal connection and that only matters to me, but I wouldn’t have written it if Diamonds wasn’t so good that months after I first listened to it I came back to write about it. You should listen to it.

Get Diamonds on Bandcamp.