I have some clippings for this book, but only the first half. I started reading this on my Kindle then switched to an audiobook version. That’s the downside of listening to audiobooks instead of reading paper or ebooks; collecting clippings is hard. And if you collect ‘em, reviewing them is still hard.1 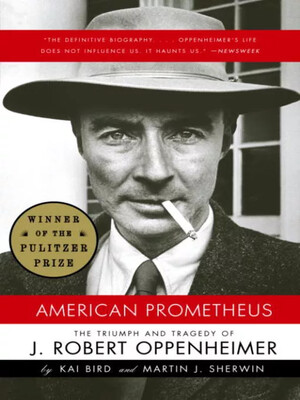 What this book is about, and what it’s about to me are two different things.

The last portion of the book, and one of the most detailed, is about how it all ends poorly for Oppenheimer. A rival of his – there were many – bootstrapped his vendetta using America’s anti-communist mania, and put Oppenheimer’s flirtation with The Party on trial. Not in a court of law, in a much worse court, a court without constitutional rights or legal protections. A court of public opinion.

I always thought that one of the most humiliating things that can happen to a person is having to defend themselves against an accusation of an act that itself is not wrong. For example, having to defend yourself against a charge of homosexuality in a time and place where it’s against the law. Having to lie about your faith or lack of it in a time and place where it’s illegal to believe in anything but one thing. Or, having to convince a committee that you were never a member of the Communist Party when it should be your right to belong to any non-violent political movement as long as you weren’t truly treasonous to your country.3

Oppenheimer’s downfall was not a legal one. It was clear to his enemies that he wasn’t going to be convicted of a crime. A committee decided he was too risky to continue holding a security clearance that he had held for the duration of his service as a scientist with the US military. The committee did this knowing it would end Oppenheimer’s career and it would lock him out of knowledge and research that he had been primarily responsible for creating.

His sins were closeness to political communism before Soviet Russia was the enemy it came to be, and explicit opposition to projects that tried to create bombs more powerful than the atomic bomb that he helped create and deploy.

I can feel your restlessness so let me get to the point. This all matters of course because similar things happen today, they just aren’t happening in congressional hearings. Oppenheimer’s career – and arguably life – ended because of the suspicion that he joined the communist party decades before the hearing. Today people are fired for opinions they held years before the discovery of that opinion is made. These people end up having to defend themselves against the question of whether they really believed x or not. But in so many of those cases, what kills me is that it should be okay for them to have x position, even if I think it’s wrong to hold that position, even if it seems obscene to hold that position.

In 1949, it was uncontroversial for Americans to believe that members of communist parties were dangerous enemies of the state. It was also uncontroversial to believe a lot of things about race and gender that I don’t need to repeat here. Oppenheimer was denied positions in at least one Ivy League academic institution because they had reached their “Jewish quota”. If it was not possible for dissenters to voice the other side, the controversial side, of things, nothing would’ve changed.

What do you and I believe today, with such certainty, to be true and uncontroversial, that won’t be thought so true ten, twenty, thirty years from now? I’m not talking about facts, I’m talking about values. How will we know which of our values need correction if the people who think differently are scared to talk?

I promise that one day I will write the immigrant’s defense of American free speech essay I’ve always really wanted to write. I’ve delivered it in verbal form many times, but words need to be written.

I’ll end with one highlight:

“In the dark days of the early fifties, when troubles crowded in upon [Oppenheimer] from many sides and when he found himself harassed by his position at the center of controversy, I drew his attention to the fact that he would be welcome in a hundred academic centers abroad and asked him whether he had not thought of taking residence outside this country. His answer, given to me with tears in his eyes: ‘Damn it, I happen to love this country.’”