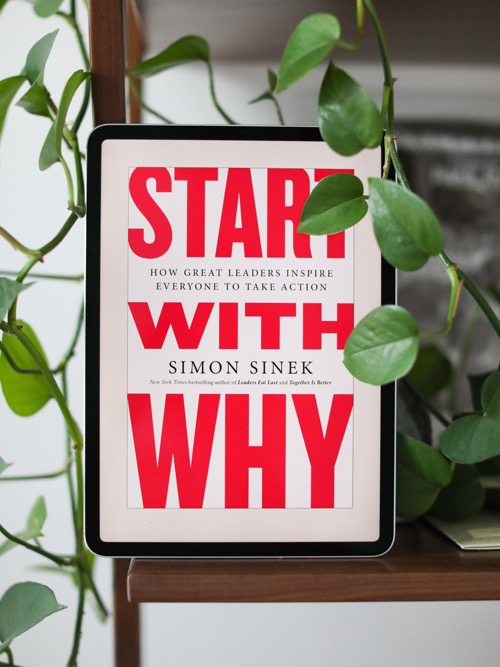 Don’t read this book. It’s not good, and it’s likely not for you to begin with.

I don’t remember where I got the recommendation to read this book, but at some point I added it to my library hold queue, and one day the Libby app told me it was ready for me to read, so I started reading it. The book came due before I could finish it, and that’s probably for the best.

It took me a while to realize that this book is not about philosophy or leadership, it’s about sales. Just sales.

Below I include some quotes from the book with comments or discussion. This list is not exhaustive, I’m just cherry-picking from a long list of highlights.

At some point the author writes:

This is not opinion, this is biology.

In the parlance of our times, this line triggered me. It is as faulty as saying “the data speaks for itself”. Whoever says this is not interested in explaining how science works to their readers, if they themselves understand it at all, which they probably don’t.

People don’t buy WHAT you do, they buy WHY you do it.

Ugh. My initial reaction to this was a “oh yeah? so when I pay $1800 for a computer I’m buying the why of Apple instead of the aluminum and the silicon that the hardware engineers made and the OS that software engineers wrote?”

But I realized my mistake in interpreting the line. He’s saying they buy the image you’re creating and selling to them, which is said in service of the argument that you should try to sell them an image other than or in addition to the thing itself. Again, it’s about sales. Or marketing I guess.

The ability to attract so many people from across the country, of all colors and races, to join together on the right day, at the right time, took something special. Though others knew what had to change in America to bring about civil rights for all, it was Martin Luther King who was able to inspire a country to change not just for the good of a minority, but for the good of everyone. Martin Luther King started with Why.

That is so reductionist it’s ridiculous.

The Wright brothers, Apple and Dr. King are just three examples. Harley-Davidson, Disney and Southwest Airlines are three more. John F. Kennedy and Ronald Regan were also able to inspire. No matter from where they hail, they all have something in common. All the inspiring leaders and companies, regardless of size or industry, think, act and communicate exactly alike.

Karl Popper said “A theory that explains everything, explains nothing.”1

The author is claiming that starting with why explains the success of:

How are these remotely comparable?

In episode 42 titled “The Wrong Guy” of his amazing Hypercritical podcast, John Siracusa was criticizing a quote from Walter Isaacson’s biography of Steve Jobs, and the criticism applies here.

“Steve Jobs secretly began planning to move Apple off of the Motorola IBM PowerPC chip and to adopt instead Intel’s. This would not be a simple task. It was akin to writing a new operating system.”

Is it?? Is that what it’s like? Is it very similar to writing a new operating system? Moving your platform from one CPU to another? I guess he wanted to show off his technical chops, saying ‘look at me! I know about stuff! This is probably pretty similar’. No, not really that similar. Both are difficult tasks! I will give him that. Is that great writing? You found another thing that’s difficult? “It is akin to pushing a large rock up a hill”, also difficult.

That’s exactly what I think of the author’s comparison. Are those people and companies really all that similar, or did you just lump a bunch of achievers together into one big pile and claimed a commonality that isn’t really there?

Only a specific kind of author can try claiming that Harley-Davidson and Dr. Martin Luther King Jr. are similar in a meaningful way that the author was about to synthesize into a singular philosophy, and that’s an author whose books are not for me.

I left the worst example to the end. Everything I criticized so far I could let go of as being, at worst, bad writing or dodgy argument. But the next one I can’t forgive.

The part of the brain that controls our feelings has no capacity for language. It is this disconnection that makes putting our feelings into words so hard. We have trouble, for example, explaining why we married the person we married. We struggle to put into words. the real reasons why we love them, so we talk around it or rationalize it. “She’s funny, she’s smart,” we start. But there are lots of funny and smart people in the world, but we don’t love them and we don’t want to marry them. There is obviously more to falling in love than just personality and competence. Rationally, we know our explanation isn’t the real reason. It is how our loved ones make us feel, but those feelings are really hard to put into words. So when pushed, we start to talk around it. We may even say things that don’t make any rational sense. “She completes me,” we might say, for example. What does that mean and how do you look for someone who does that so you can marry them? That’s the problem with love; we only know when we’ve found it because it “just feels right.” The same is true for other decisions. When a decision feels right, we have a hard time explaining why we did what we did. Again, the part of the brain that controls decision-making doesn’t control language, so we rationalize.

Put aside that we don’t even understand brains enough to know for sure how they work at such a high level; “the part that controls our feelings has no capacity for language”?? Brains don’t work like that! There are no Lego-like modules with known functions and known disabilities. Yes there seem to be specialized regions, but they exist within networks and have elasticity and the whole thing is one of the most complicated structures in the world.

As far as I know the occipital lobe doesn’t have any more of a speech center than “the part that controls our feelings” but we can describe with speech what we see with our eyes because knowledge and skills are not siloed.

Like I said, you can pass on this book.